THE AUTHENTIC NARRATIVE OF THE DEATH OF LORD NELSON 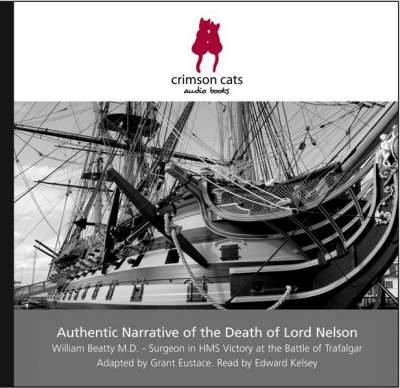 An account of the Battle of Trafalgar written by William Beatty, M.D., who, as a surgeon on board HMS Victory, tended the dying Nelson. William Beatty had been in the Royal Navy for nine years when, in December 1804, he joined HMS Victory as one of its surgeons. His account of the most famous of all British sea battles, from the unique perspective of a ship’s surgeon, was an immediate success when it was published in 1807 and went into several editions. His subsequent medical career culminated in his appointment as Physician of Greenwich Hospital, and he was knighted by King William IV in 1831

Other audiobooks by William Beatty